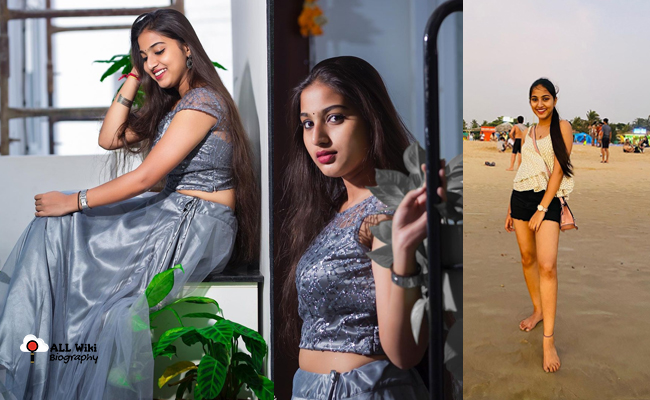 Pranavi Manukonda is an Indian Television and Film Actress who mainly works in the Telugu language. She was born on Wednesday 19th May 2004 in Hyderabad, Telangana, India.

Pranavi gained huge popularity with her dubsmash and Tiktok videos. At the age of 8, Pranavi started her acting career as a child artist in Telugu Film Industry and acted in a few movies like Routine Love story, Uyyala Jampala, etc.

Pranavi then made her debut in Telugu Television Industry and acted in a few serials like Evare Nuvvu Mohini, Suryavamsham, Ganga Manga, Pasupu Kumkuma, etc.

In 2023, Pravani is all set to make her debut as a lead actress with the ‘Slum Dog Husband‘ movie.