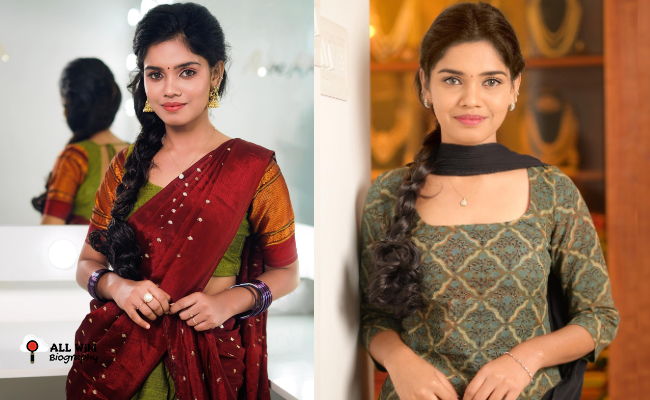 Pranika Dhakshu is a Tamil Film & Serial Actress & Anchor, who works in Tamil Industry. She was born on Tuesday, 19th December 1995 in Chennai, Tamil Nadu, India.

After her studies, She started her acting career on youtube with short films & web series like Vechi Senjitaa, Kaal Kilo Kaathal, Varam, Being 18+, etc. She then worked as an Anchor on the Aram Tv channel.

In 2021, She made her debut in Tamil Television Industry with the ‘Paavam Ganesan’ serial, where she played the role of Srimathi. She then acted in various serials like Kanaa Kaanum Kaalangal 2, Baakiyalakshmi, & Meenakshi Ponnunga.

In 2022, She made her debut in Tamil Film Industry and acted in a couple of movies like Ini Oru Kadhal Seivom, and Vadacheri.