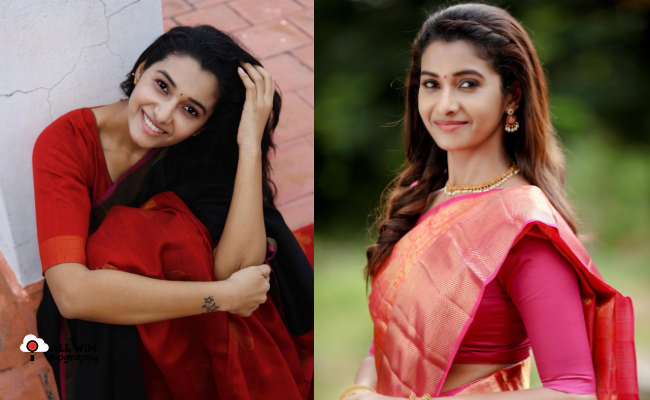 Priya Bhavani Shankar is an Indian Actress and Television presenter who works in Tamil and Telugu languages. She was born on Sunday 31st December 1989 in Puducherry, India.

After her studies, Priya started her career as a newsreader on the Puthiya Thalaimurai Tv in 2011. In 2014, Priya then started her acting career in Tamil Television Industry with the ‘Kalyanam Mudhal Kadhal Varai’ serial on Vijay TV.

In between, Priya acted in a couple of web series like Time Enna Boss, and Victim. In 2023, Priya made her debut in Telugu Film Industry with the Kalyanam Kamaneeyam movie.