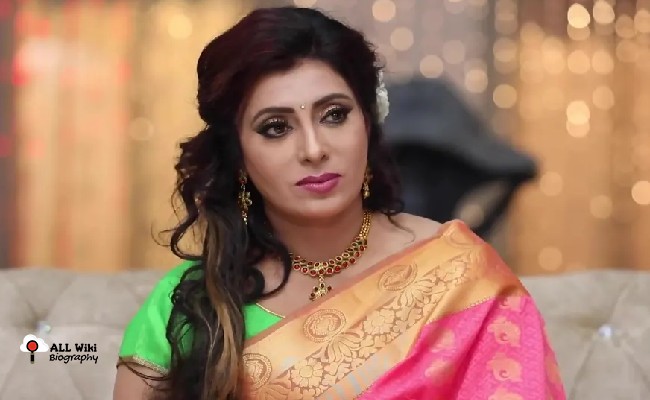 Priya Raman is an Indian Film Actress and Producer and known for her work in Malayalam, Tamil, Hindi and Telugu films. She was born on Tuesday, June 18, 1974, in Aluva, Kerala, India.

IIn 1993, Priya made her acting debut with the ‘Valli’ movie in Tamil Film Industry. The film is being written and produced by superstar Rajinikanth. A year later, she made her debut in the Malayalam film industry with the ‘Arthana’ movie in 1994.

In 1999, Priya made her debut in Bollywood with the ‘Sautela’ movie. In the following year, she made her television debut with the ‘Snehatheeram’ serial in the Malayalam Language. She acted in more than 11 serials in Malayalam and Tamil languages. Currently, she was acting in the ‘Senthoora Poove’ serial in Tamil.