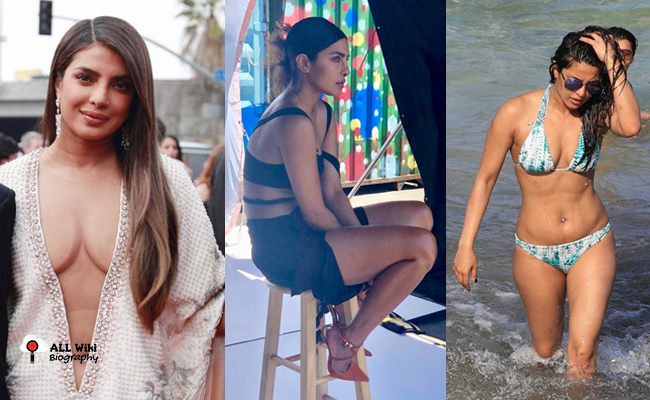 Priyanka Chopra is an Indian film actress, she was born to Akash Chopra and his wife Madhu Chopra on 18th July 1982 in Jamshedpur, Jharkhand, India.

Due to her Parents, Priyanka was brought up in Delhi, Chandigarh, Ambala, Ladakh, Lucknow, Bareilly, and Pune. She has a younger brother Siddharth Chopra who is an entrepreneur.

In 2000, Priyanka particpated in “Femina Miss India” and ended up at Second place. In the same year, she took part in the “Miss World” beauty contest and she was crowned as the Miss World 2000.

In 2000, Priyanka was crowned as the Miss World 2000. After winning that title, she received so many offers from the film industry. In 2002, Priyanka made her acting debut with the Tamil movie “Thamizhan”, in which she played the role of ‘Priya’.

In 2003, she made her debut in Bollywood by playing lead role of Dr. Shaheen Zakaria in the film “The Hero: Love Story of a Spy”.

In 2010, Priyanka made her Television debut by hosting 3rd season of “Fear Factor: Khatron Ke Khiladi”. In 2015, Priyanka played the lead role in an American TV series “Quantico” as Alex Parrish.

In 2013, Priyanka started “The Priyanka Chopra Foundation for Health and Education” foundation, which provides support to the unprivileged children in the health and education areas.

In 2016, Priyanka recived “Padma Shri Award” India’s fourth highest civilian Award, from Government of India for her contribution to arts.