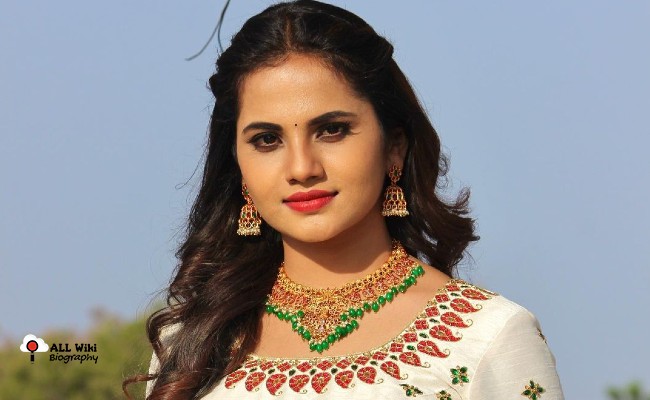 Priyanka Chowdary is an Indian Television Actress, who mainly works in the Telugu Television Industry. She was born and bought up in Vijayawada.

Priyanka finished her BBA degree in Hyderabad. In 2018, During her college days, she started her career in Modeling.

A year later, she made her debut in the Telugu Television Industry with the ‘Roja’ serial on Gemini TV in which she played the role of Priya (fake Anu). With this serial, she got fame and much need recognition.

She then acted in the serial, ‘Abhishekam’, which is aired on ETV. From 2020, she was acting in the ‘Trinayani’ Seria where she played the role of Jasmine. She next acted in few serials like ‘Intiki Deepam Illalu’ and ‘Naga Bhairavi’.