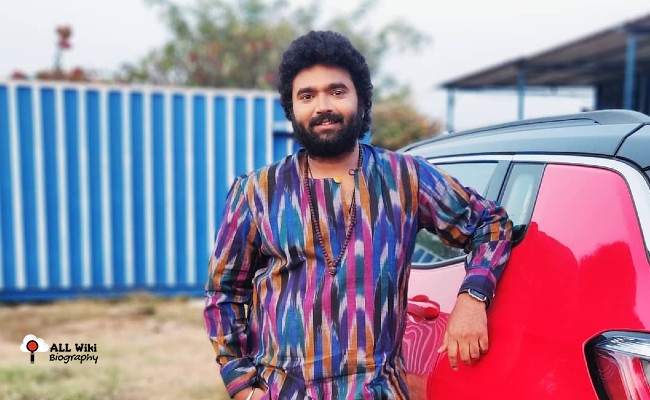 Raghu Master aka Vishwa Raghu is an Indian Choreographer and Dance director who mainly works in Telugu and Tamil Languages. He was born on Saturday, November 14, 1981, in Hyderabad, Telangana, India.

In 2013, Raghu Master started his career as a contestant in the TV reality dance show “Dhee Ultimate Dance Show”. He also won that show and gained huge popularity and fan following across Telugu states.

He then turned Choreographer and worked for many popular films. With the “Uppenantha Ee Premaki” song from Allu Arjun’s Arya 2, he gained immense popularity across south Film Fraternity.

He then worked for many super hit films like Mirchi, Oosaravillu, Jil, Akhil and Bharat Ane Nenu. He is known as a stylish choreographer in South India.

In 2016, Raghu Master married Pranavi Acharya who is a well-known singer in the Telugu film industry. In 2019, the couple also blessed with a baby girl and her name is Sradha Narayani Udathaa Pandu.