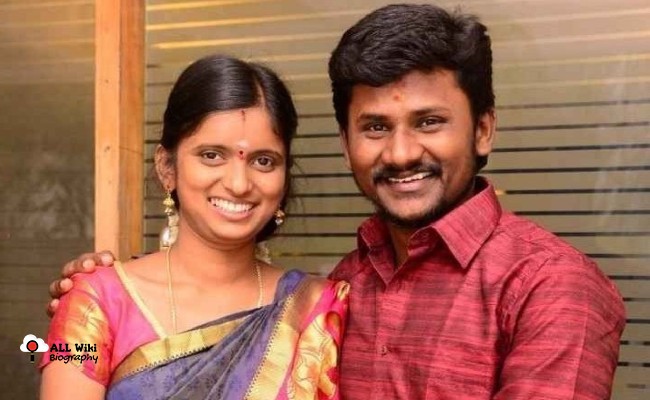 Rajalakshmi Senthil Ganesh is an Indian Folk singer and playback singer, who gained fame by signing Tamil Folk songs. She was born and bought up in Karambakkudi, Pudukkottai, Tamil Nadu, India.

She started her career as a folk singer by singing ‘Naatu Pura Padagal’ at village festivals, which gained recognization and got fame in her hometown.

While attending a fair she met Senthil Ganesh, who is also a folk singer, and gradually they fell in love. They later married and now have two children. Thereafter, the couple launched a few albums of real Tamil Folk music.

In 2018, Rajalakshmi along with her husband Senthil Ganesh participated in Vijay TV’s Super Singer 6 and grabbed attention, and became popular all over India among the Tamil audiences.

In the same year, She along with his Husband Senthil Ganesh made a signing debut in Tamil Film Industry with the song ‘Chinna Machan’ in the Charlie Chaplin 2 movie. The couple started their own youtube channel, ‘Senthil Rajalakshmi’, and gained 250K+ subscribers in a short time.