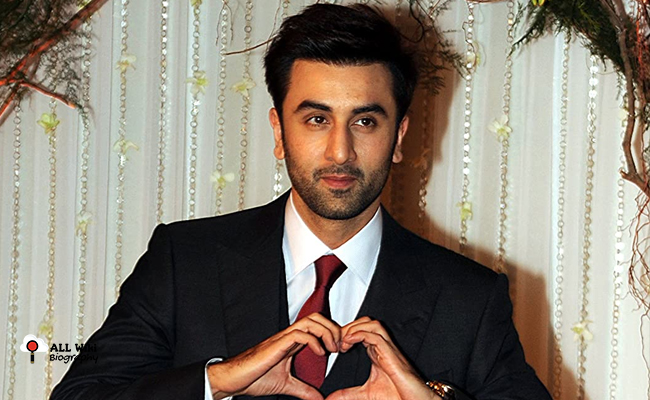 Ranbir Kapoor is an Indian film actor, who mainly works in Hindi Film Industry. Kapoor was born on Monday, September 28, 1981, in Mumbai, Maharashtra, India to Rishi Kapoor and his wife Neetu Singh.

Kapoor has an elder sister named Riddhima. He did his schooling at Bombay Scottish School, Mumbai and He then Joined H.R. College of Commerce and Economics, Mumbai, for higher education. Later, He went to the United States to learn the making of Visual arts at the School of Visual Arts, New York.

Subsequently, He learned method acting at the Lee Strasberg Theater and Film Institute, New York. After returning to India and he worked as an assistant director to Sanjay Leela Bhansali for the film “Black”.

In 2007, Ranbir began his career in the Hindi Film industry with the “Saawariya” movie and he also won the Best Male Debut Filmfare Award for his performance.