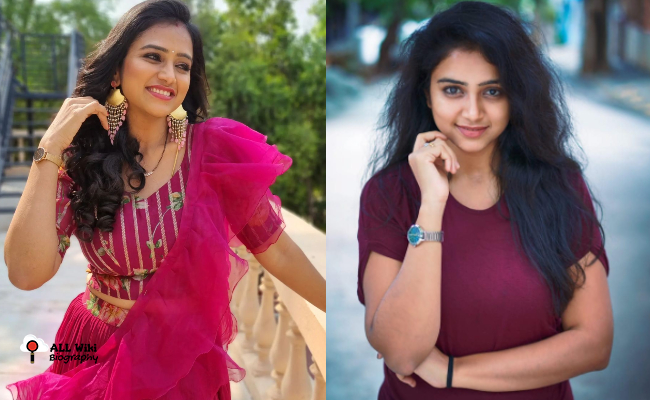 Rashmi Prabhakar is an Indian Serial Actress & Model, who works in Kannada, Telugu & Tamil languages. She was born on Tuesday, 16th February 1993 in Bangalore, Karnataka, India.

After her schooling, she did B. Sc PMCS at Seshadripuram Degree College, Bangalore. She then worked in a leading IT company for some time and left out to become a news reader. Later, she realized news reading was not her cup of tea, she then decided to go back to work.

During this time, one of her friends asked her to give an audition for a serial. Rashmi didn’t want to say no to her and she went to audition with no hope of getting selected But she got a call the next day that she was selected.

In 2014, She started her acting debut in Kannada Television Industry with the ‘Shubha Vivaha’ serial. She then acted in a couple of serials like Mahabharatha, and Jeevana Chaitra.

In 2016, She made her debut in Tamil Television Industry with the ‘Arundhati’ Serial. She then acted in various serials Lakshmi Baramma (Kannada), Pournami (Telugu debut), Manasella Neene (Kannada), Kavyanjali (Telugu), and Kanne Kalaimaane (Tamil).

In 2018, She made her debut in Kannada Film Industry with the ‘BB5’ movie and then acted in a Mahakavya movie. On 25th April 2022, Rashmi got married to Nikhil Bhargav in Bangalore.