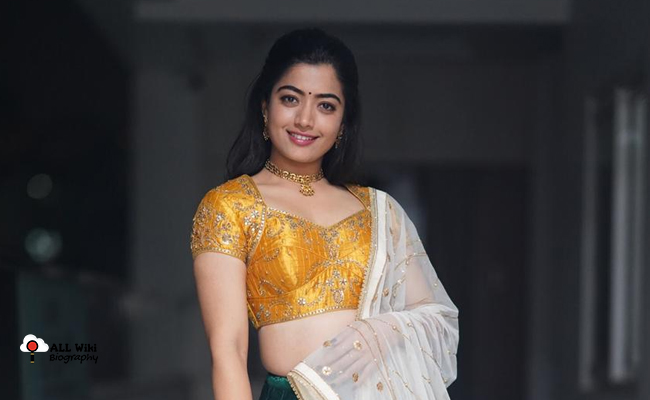 Rashmika Mandanna is a popular Indian film actress, who mainly works in Telugu and Kannada Languages. She was born on Friday, 5 April 1996 to Madan Mandanna and his wife Suman Mandanna.

She did her school at Coorg Public School (COPS), Kodagu, Karnataka, and she pursued a pre-university course at the Mysore Institute of Commerce and Arts. Later, she pursued a bachelor’s degree in Psychology, Journalism, and English Literature from the Ramaiah College of Arts, Science, and Commerce, Bangalore, Karnataka, India.

During her college days, she also pursued modeling and also appeared in a couple of advertisements. She also won a couple of awards in modeling like Clean & Clear Times Fresh Face of India 2014 and La Mode Bangalore’s Top Model Hunt 2015, Season 2.

In 2016, at the age of 19, Rashmika her acting debut in the Kannada film industry with the “Kirik Party” movie. Kirik Party Makers impressed with her pictures from the Fresh Face competition, then she has been roped for the female lead in this movie.