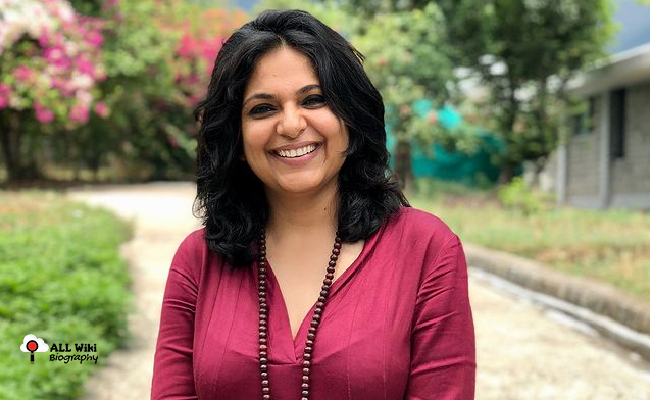 Richa Anirudh is an Indian Journalist, RJ, Talk Show Host, Author and Editor. She was born on Saturday, 31st May 1975 in Jhansi, Uttar Pradesh, India to Dr Harish Badal and his wife Rekha.

After completing her studies, Richa started working at SPIC MACAY in Delhi. In 1996, She started her career as a freelancer Anchor in DD National, where she hosted the ‘Ankur’ program.

In 1997, after her marriage, she moved to Ajmer and worked as a trainee Journalist in ‘Dainik Navjyoti’, a Hindi daily in Rajasthan. Later, she returned to Delhi and worked for Pt. Ravi Shankar as an Office Administrator.

Subsequently, she worked as an anchor for DD Sports and ETV Urdu. During this time, she also worked as a Radio Jockey in AIR FM. In 2002, She started her career as a news journalist on the ‘Zee News’ channel and worked for 3 years.

In 2017, she brought back the show on ETV as ‘Zindagi Live Returns’. She also worked as an expert advisor in the 3 seasons of the game reality show ‘Kaun Banega Crorepati’.