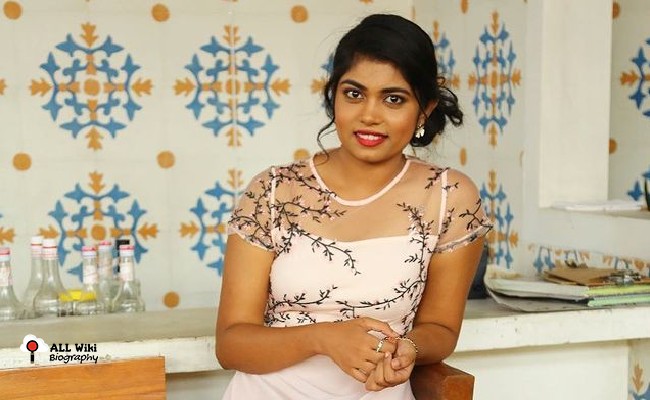 Rithu Chowdary is an Indian Film Actress and Anchor, who mainly works in the Telugu Industry. She was born on Monday, December 25, 1995, in Hyderabad, Telangana, India.

After her studies, She started her career as an Anchor in the ‘Star Maa Music’ channel. In 2018, she participated in Pradeep Machiraju’s Pelli Choopulu show on the ‘Star Maa’ channel.

In 2019, Rithu made her debut in Telugu Television Industry with the ‘Gorintaku’ serial. She then acted in a couple of serials like ‘Suryavamsam’ and ‘Inti Guttu’.

Rithu next made her debut in Telugu Film Industry with the ‘Mouname Ishtam’ and next appeared in the ‘Uppena’ movie. Apart from serials and Movies, she also performs in comedy shows like Sridevi Drama Company and Jabardasth.

In 2021, She started her Youtube channel ‘Rithu Chowdhary’ and gained more than 70k subscribers in a short time.