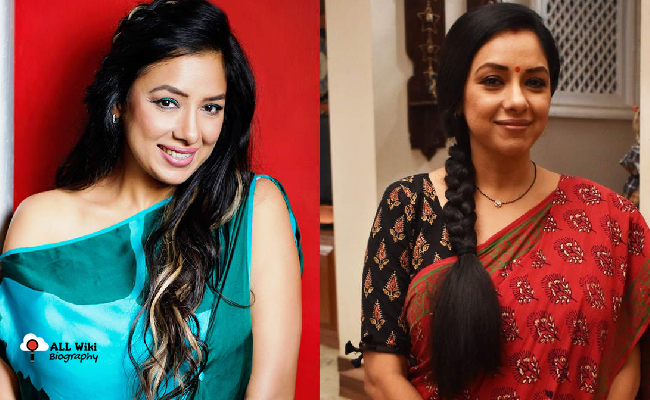 Rupali Ganguly is an Indian Television Actress, who mainly works in the Hindi and Bengali Languages. She was born on Tuesday, 5th April 1977 in Kolkata, West Bengal, India.

Rupali’s father Anil Ganguly was a director & screenwriter and his brother Vijay Ganguly was an actor & producer. She did Hotel management and later, did theatre.

In 1985, at the age of 7, she started her acting debut in the Hindi Film industry with her father’s movie ‘Saaheb‘. She then appeared in a few movies like Mera Yaar Mera Dushman, Do Ankhen Barah Hath, Angaara, and Satrangee Parachute.

In 2000, She made her debut in the Hindi Television Industry with the ‘Sukanya‘ Serial. She next acted in various serials like Dil Hai Ki Manta Nahi, Zindagi… Teri Meri Kahani, Sanjivani, Bhabhi, Sarabhai vs Sarabhai, Aapki Antara, Parvarrish – Kuchh Khattee Kuchh Meethi, and Anupamaa.