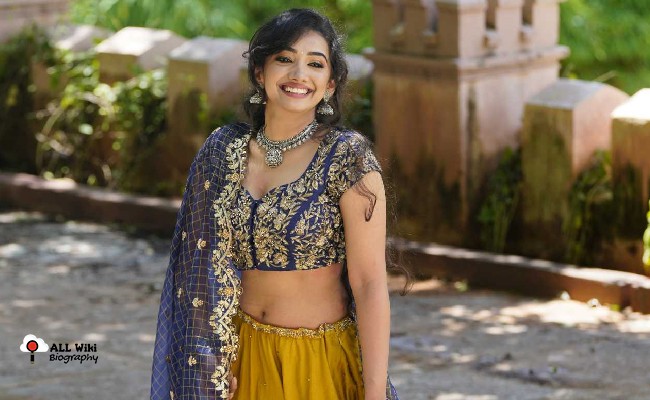 Saanve Megghana is an Indian Film Actress, who mainly works in the Telugu Industry. She was born on Friday, 12 September 1997 in Hyderabad, Telangana, India.

Saanve father Vamshi Kishore is a businessman and her mother Padma Mandumula. Her brother Vamsi Pujit is an upcoming actor. She did her schooling at Bhavan’s Sri Ramakrishna Vidyala in Secundrabad and then finished her graduation from St. Francis College for Women, Hyderabad.

During her college days, she used to watch film shootings in college premises. During this time a filmmaker approached her and asked whether she was interested in acting. She then told him that she can only dance but not act.

At the same time, she got a call from Zee Telugu to act in a television show. And later, veteran actress Jayasudha auditioned Saanve for that television show. Then she plays a Telangana tomboy in it. From then, she started accepting roles both from films and television.

In 2019, she started her acting career in Telugu Film Industry with the ‘Bilalpur Police Station’ movie. She then played a small role in Megastar Chiranjeevi’s Sye Raa Narasimha Reddy.

Later in 2021, she then acted in Netflix First Telugu Orginal movie ‘Pitta Kathalu’, where she played the role of Ramula, a village girl in the movie that brought her into the limelight. She next acted in a couple of movies like Pushpaka Vimanam and Most Eligible Bachelor.