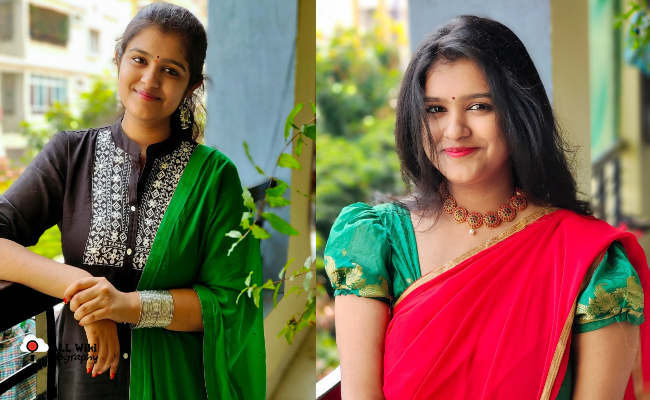 Sahithi Chaganti is a singer and playback singer in the Telugu Film Industry. She was born on Saturday, 30 October 1999 in Hyderabad, Telangana, India.

Sameera was born in Kakinada and brought up in Hyderabad. Since her childhood, she was interested in Singing and She started learning music from her LKG. Firstly, she participated in the singing reality show ‘Padalani Undi’ and ended in the top 6.

She next participated in the popular music reality show ‘Sa Re Ga Ma Pa’ and ended as Runner Up. Following Up, She participated in the ‘Bol Baby Bol’ show and won the tittle. In 2011, Sahithi started her career in the Telugu Film Industry with the ‘Badrinath’ movie, where she sung a slokam during Allu Arjun entry in the movie.