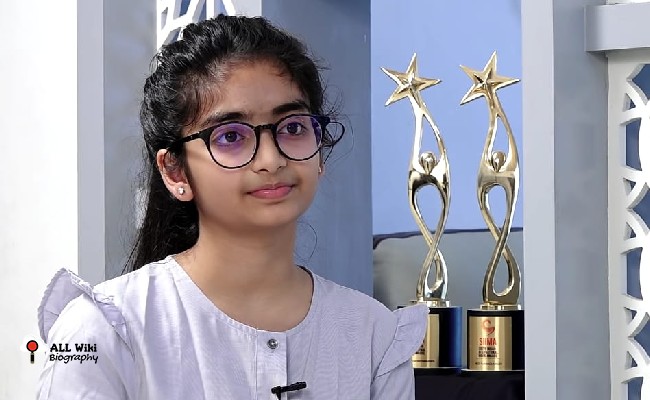 Sahithi Sekhar is a Dancer and Youtube vlogger. She was born in Vijayawada and bought up in Hyderabad. She is the daughter of Popular Choreographer Sekhar Master.

Firstly, She has appeared in Dhee 2 and Dhee 5. In 2020, she interviewed her father Sekhar master on Sekhar Studio (Sekhar Master youtube channel) and that interview video became viral & gained 3.6+ Million views.

In 2021, She made her debut as a dancer in Telugu Television Industry with the ‘Ummadi Kutumbam Tho Kammati Bhojanam’ show on Zee Telugu. In which, she performed the his father super hit song ‘Saranga Dariya’ from Love Story movie.