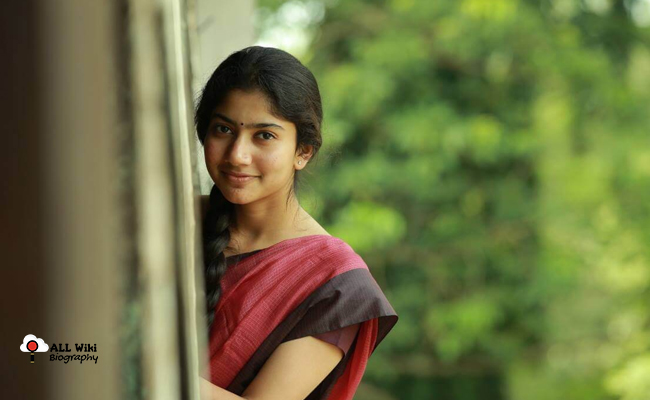 Sai Pallavi is an Indian film actress, who mainly works in Telugu, Tamil, and Malayalam Languages. She was born on Saturday, 9 May 1992, to Senthamarai Kannan (a central excise officer) and his wife and Radha Kannan.

She has a younger sister, named Pooja. Pallavi her schooling at Avila Convent School, Coimbatore, and completed her MBBS from Tbilisi State Medical University, Tbilisi, Georgia.

During her childhood, She participated in several cultural events at school, gaining popularity as a dancer. she also participated in a couple of dance reality show Ungalil Yaar Adutha Prabhu Deva on Vijay TV in 2008, and in Dhee Ultimate Dance Show (D4) on ETV in 2009.

In 2015, Sai Pallavi made her acting debut in the Malayalam film industry by playing the lead role in the “Premam” movie. Director Alphonse Putharen offered her the role of Malar in his film Premam, when she was studying MMBS in Tbilisi, Georgia. Pallavi completed her part over the holidays and, after the shooting finished, returned to her studies.

Later in 2016, She next appeared in “Kali”, in which She played the role of Anjali, a young wife who deals with her husband’s extreme anger issues. In the following year, Sekhar Kammula’s “Fidaa”, in the role of Bhanumathi opposite Varun Tej, made her debut in Telugu cinema.