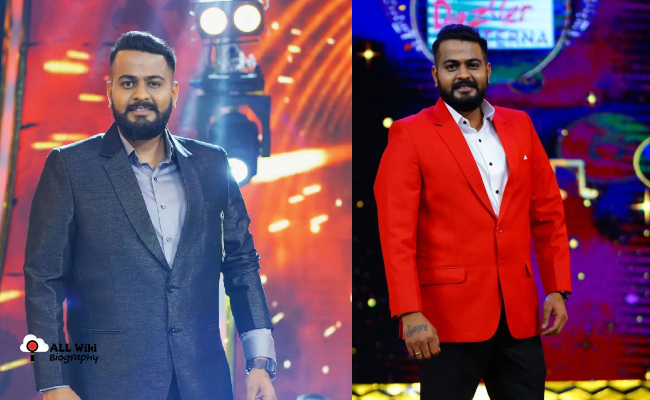 Saketh Komanduri is an Indian playback singer, and performer. He was born in Chodavaram Town, Vishakhapatnam, Andhra Pradesh, India and Bought up in Hyderabad, Telangana, India. Saketh was born in a music family, his grandfather Komanduri Krishnamachary, who is a singer.

Saketh’s father Komanduri Ramachary, is a music director, singer and music teacher. In 1998, Ramachary started Little Musicians Academy and started training in singing. He trained most of the Telugu singers and Music directors in the Telugu Film Industry.

Saketh did his schooling at Little Flower High School, Hyd and Narayana Concept School, Hyd. He then did his intermediate at Sri Chaitanya Junior College in Hyderabad.

Later, he joined St. Luke’s College of Music & Audio Production, AP. Saketh next did his bachelor’s in Audio engineering and Western Vocals under the Mentor Ashirvad Luke.

Since his childhood, Saketh participated in various concerts, reality shows, and stage shows. At the age of 7, Saketh started his career and sang songs in movies like Gangotri, Neku Nenu Naku Nuvu, etc as a child vocal singer.

Later, Saketh worked in the music director MM Keeravani’s team as a chorus singer for a few movies like Badrinath, Shirid Sai, etc.

In 2016, Saketh started his singing career in the Telugu Film Industry by rendering the ‘Selfie Raja‘ title song from Selfie Raja Movie along with her sister Sony Komanduri. He then sang more than 50 songs in Telugu, Tamil, and Malayalam Languages.