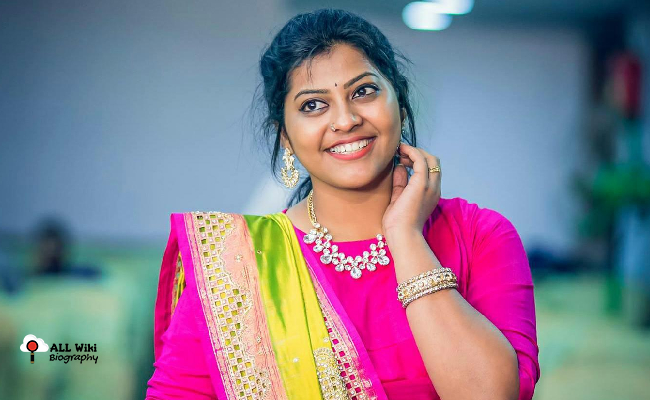 Sameera Bharadwaj is a singer and playback singer in the Telugu and Tamil Languages. She was born on Wednesday, 14 July 1993 in Vijayawada, Andhra Pradesh, India. Her parents are Chavali Chandrasekhar and Parvathi Chandrasekhar.

Sameera was born in Vijayawada and brought up in different parts of the country like Bhadrachalam, Chennai and Hyderabad. After her schooling, She has pursued B Com in marketing from MOP Vaishnav College For Women, Chennai.

Since her childhood, she was interested in Singing and She started learning music from her second standard. She has learnt Carnatic music (from Nedunuri Ramakrishna, Hyderabad) & Hindustani music (from Ramamurthy, Chennai) among Indian genres and Western classic as well.

In 2015, She participated in the musical reality show ‘Super Singer Season 8’ and ended as Runner up. In the same year, she started her career as a singer in the Telugu Film Industry with the ‘I Love You Too’ song from Shivam movie.