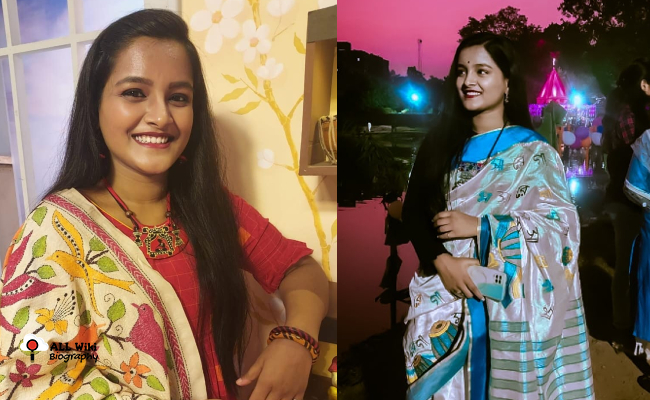 Sanchari Sengupta is a singer and playback singer in the Indian Film Industry. She was born on Monday, 8th January 2001, in Kolkata, West Bengal, India.

Sanchari’s father name is Sudipta Sengupta and her mother’s name is Pushpita Sengupta is an artist. During her Indian Idol auditions, Sanchari wore a saree that was hand-painted by her mother.

Sanchari started training in opera singing at the London School of Music in Kolkata. In 2010, Sanchari debuted as a Contestant in the singing reality show ‘Sa Theke Sa Junior‘ and ended up winning the show.

Sanchari then won the ‘National Bal Shree Honour’ award, which is awarded to creative children in the age group of 9-16 years. She next won the ‘Pogo Amazing Kid 2014’ Award under the singer category.

In 2020, Sanchari participated in the Super Singer which aired on Star Jalsha, and won the title along with a 2.5 Lakh cash prize.

In 2022, Sanchari made her singing debut in Bengali Film Industry with the ‘Badhone Bandhibo‘ song from the ‘Baba Baby O‘ movie. Later, Sanchari participated in Indian Idol season 13.