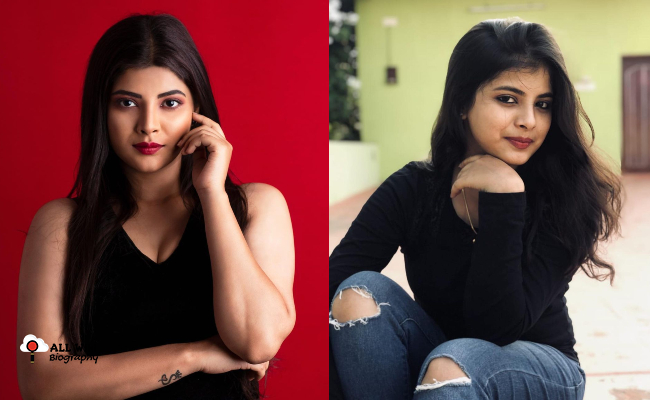 Sandhya Ramachandra is an Indian Serial Actress and Model, who works in Tamil Television Industry. She was born and bought up in Kerala, India.

After her studies, she started her career in modelling. In 2019, She started her acting career in the Tamil Television industry with the ‘Gokulathil Seethai’ where she played the role of Iniya.

She next acted in the Deivam Thantha Poove serial, where she played the role of Thara. Currently, She was acting in the Thavanai Thavamirundhu serial as Malar.

In between, She acted in a couple of music videos like Premam Irandam Pagam and Thelivu.