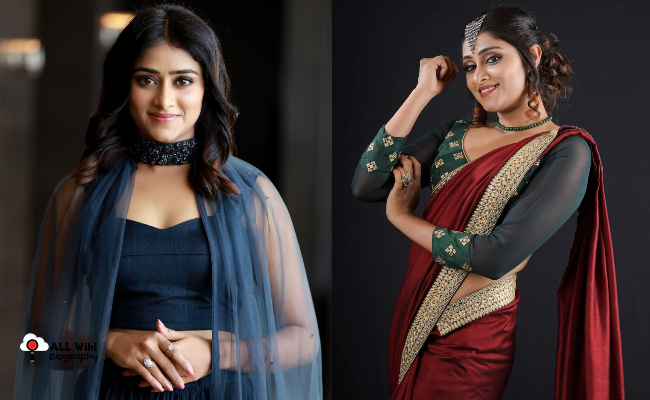 Sangeetha Sringeri is an Indian film actress, and model, who mainly works in the Kannada Film Industry. She was born on Monday, 13th May 1996 in Sringeri, Karnataka, India.

Her father Shiva Kumar K is an Ex-serviceman in Indian Air Force and her mother Bhavani is a Herbal wellness coach.

Sangeetha did her schooling at Kendriya Vidyalaya Jalahalli, Bangalore. She is an NCC cadet and represented Karnataka state in Kho Kho bagging a Gold medal in 2012.

Sangeetha made her debut in Kannada Film Industry with the ‘A+’ movie in 2018. She then acted in a couple of films like Salagara Sahakara Sangha and 777 Charlie.