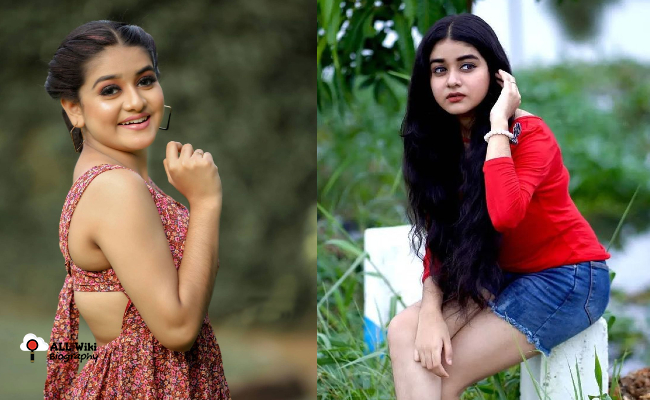 Saniya Babu is an Indian Film and Television Actress, who mainly works in the Malayalam and Tamil languages. She was born on Friday, 1st April 2005 in Koorkenchery, Thrissur, Kerala, India.

In 2017, Saniya started her acting career in Malayalam Television Industry with ‘Seetha‘ serial. She then acted in a few serials like Ilayaval Gayathri, Ottachilambu, and Kanakkuyil.

In 2019, Saniya next Started her acting career in the Malayalam Film industry with the ‘Ganagandharvan‘ movie. Saniya then acted in a few movies like ‘Namo‘, ‘Ningal Camera Nireekshanathilaanu‘ and ‘Star‘.