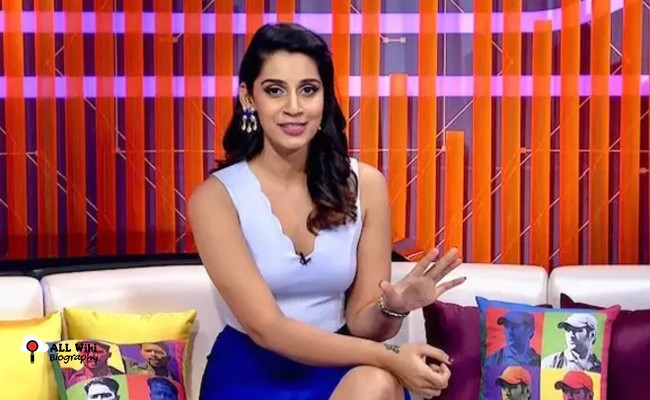 Sanjana Ganesan is an anchor and model. She was born on Monday, 6th May 1991 in Pune, Maharashtra, India to Ganesan Ramaswamy and his wife Dr. Sushma Ganesan.

Sanjana has a younger sister, named Sheetal Ganesan. She did her schooling at The Bishop’s School, Pune, and completed her graduation at Symbiosis Institute of Technology, Pune.

After completing her studies, Sanjana worked at an IT and Digital Firm, CDK Global, from 2013 to 2014 as a Software Engineer. In 2014, she participated in the reality show “MTV Splitsvilla 7”.

In 2016, Sanjana started her career as an Anchor and Sports presenter in Star Sports. She also hosted the “Match-Point” show during IPL. Sanjana also hosting the “Kolkata Knight Rider” show “Knight Club”.