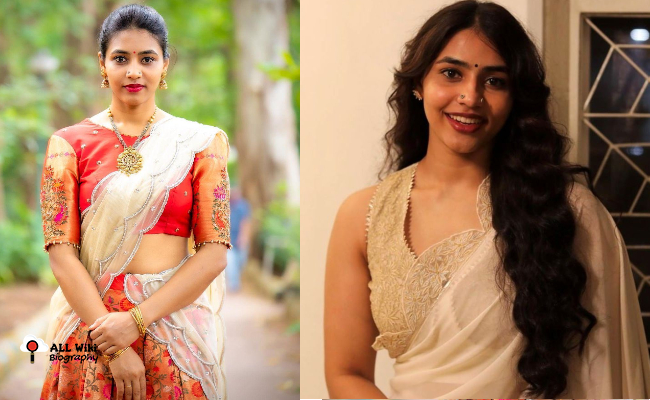 Sapthami Gowda is an Indian Actress and Swimmer who works in Kannada Film Industry. She was born on Saturday 8th June 1996 in Bangalore, Karnataka, India.

Sapthami is a good swimmer and won several state and national-level swimming competitions. In 2010, Sapthami won the gold medal at the Indian Triathlon Federation in Indore. Sapthami’s sister Uthare Gowda is also a swimmer.

Sapthami did her schooling at Baldwin’s Girls High School in Bangalore and then did her inter at Sri Kumaran Children’s Home Composite Junior College.

Sapthami next did her Civil Engineering at Bangalore Institute of Technology in Bangalore. After her studies, Sapthami worked as a software employee at Accenture company in Bangalore.

In 2019, Sapthami started her acting career in the Kannada Film Industry with the ‘Popcorn Monkey Tiger‘ movie. Sapthami then acted in the blockbuster movie ‘Kantara’.