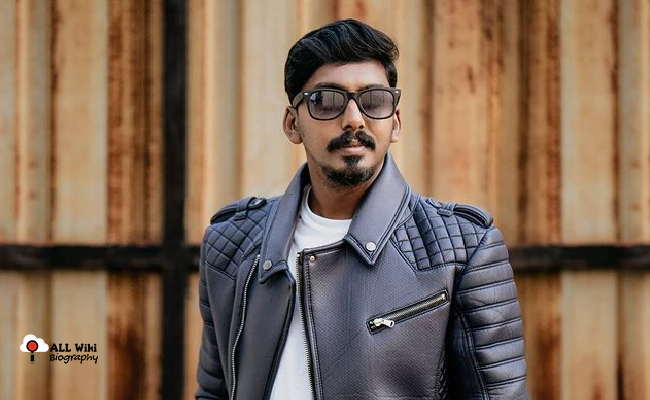 Sarath Raj (KPY Sarath Raj) is an Indian actor and Comedian, who mainly works in the Tamil Television Industry. He was born on Tuesday, 8 March 1988 in Kanchipuram, Tamil Nadu, India.

Sarath was born in a farmer family and he has a younger sister. After his studies, he moved to Chennai to pursue his career in the industry.

In 2006, Sarath started his acting career in Tamil Television Industry with the ‘Kana Kaanum Kaalangal‘ serial. He next participated in the comedy reality show ‘Kalakka Povathu Yaaru season 5‘. He then participated in various shows like Sirippuda, and Cooku with Comali Season 1, & 2.

On 26 October 2020, he married Krithika at Cheyyar Taluk, Krithika is a clinical dietician by profession. They both are in a relationship for over 4 years and then got married with the blessings of family members. In 2021, They both participated in the ‘Mr and Mrs Chinnathirai Season 3′ and won the title & 10 Lakh cash prize.