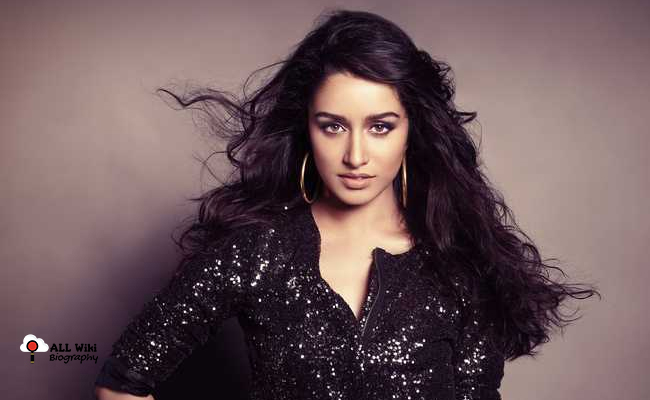 Shraddha Kapoor is an Indian film actress, she was the daughter of Bollywood renowned actor Shakti Kapoor and actress Shivangi Kolhapure. She was born on Tuesday, 3rd March 1987 in Mumbai, Maharashtra, India.

She has an elder brother Siddhanth Kapoor is also an actor and director. Shraddha is a gorgeous diva of Kapoor’s family who belongs to Bollywood. Hailing from a family of actors, she desired to become an actress from a young age.

She did her schooling at Jamnabai Narsee School, Mumbai. In 2002, she shifted to the American School of Bombay, where she was a schoolmate with actor Tiger Shroff and actress Athiya Shetty.

Thereafter, Shraddha joined Boston University to major in psychology, but she has been dropped out to appear in her debut film, “Teen Patti”. In 2010, with Leena Yadav’s Teen Patti she made her acting debut as an actress in the film industry. In 2013, with Superhit film Aashiqui 2, she came into the limelight.

Shraddha is not only an actress but also a singer as her mother. She also sang some beautiful songs like “Galliyan” (Ek Villian), “Do Jahaan” (Haider), “Bezubaan Phir Se” (ABCD 2), “Sab Tera” (Baaghi), “Tere Mere Dil”, “Udja Re”, “Woh Jahaan”, “Rock On-Revisited” (Rock On 2), “Phir Bhi Tumko Chaahungi” (Half Girlfriend).

She is the brand ambassador for many products like Lakme, Veet, Lipton, Marico’s Hair and Care and many more. She also started her own clothing brand ‘Imara’ in assocation with Amazon.

In 2020, Shraddha becomes the fourth most followed Indian with over 50 million followers on Instagram.