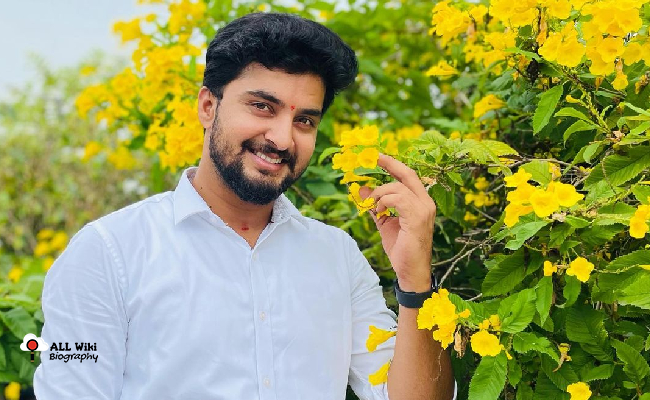 Shravan Kumar is an Indian Television Actor, who mainly works in the Telugu language. He was born in Nidhanawada Village, Anantapur District, Andhra Pradesh, India, and bought up in Bangalore, Karnataka, India.

Shravan did his schooling in Bangalore and then did his intermediate at Sri Chaitanya Junior college in Vijayawada. Later, finished his Engineering at Visvesvaraya Technological University in Bangalore.

After finishing his Studies, Shravan did an acting course at Satyanand Acting Institute in Vishakapatnam. He then returned back to Bangalore and attended auditions for roles in movies & Serials, But he didn’t get any offers.

Shravan then moved to Hyderabad and attended auditions for roles in movies & serials. During this time, He then worked as an assistant director for Oka Chinna Viramam. At the same time, he attended ETV auditions and got selected for the Attarintiki Daredi serial.

Shravan then made his acting debut in Telugu Television Industry with the ‘Attarintiki Daredi‘ serial. He next acted in the ‘Kasturi‘ serial. Currently, Shravan was acting in the ‘Pallakilo Pellikuthuru‘ serial on Star Maa.