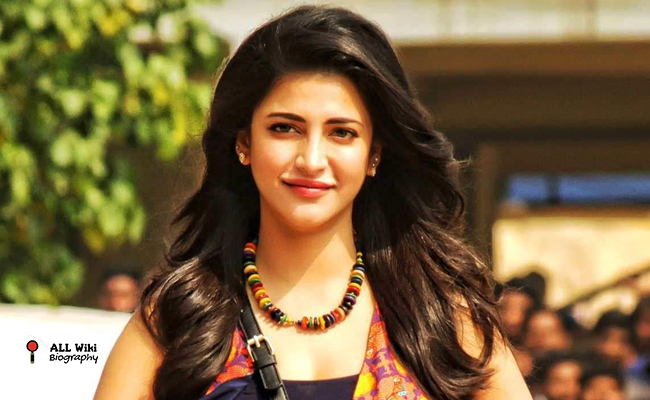 Shruti Haasan is a popular Indian film actress, who mainly works in Telugu, Tamil, and Hindi Languages. She was born on Tuesday, 28 January 1986, to Legendary actor Kamal Haasan and his wife Sarika Thakur.

Shruti has a younger sister named Akshara, she is also an actor. She did her school at Lady Andal School, Chennai, and she then moved to Mumbai, graduated in Psychology, from St. Andrew’s College, Mumbai.