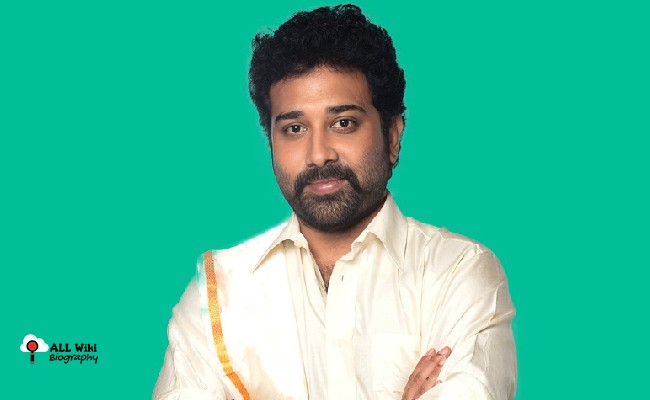 Siva Balaji Manoharan is an Indian Film Actor, who mainly works in the Telugu Film industry. On Tuesday, October 14, 1980, he was born to Ramaswamy Manoharan and his wife Sivakumari Manoharan in Chennai, Tamil Nadu, India.

He has thress siblings, two younger brothers Prashanth Balaji and Krishna Sai and a younger sister Gayathri Lingam . He did his schooling at Karthikeyan Matriculation Higher Secondary School, Chennai.

In 2003, Siva made his debut as lead actor in the Telugu Film Industry with the ‘Idi Maa Ashokgadi Love Story’ movie. He then acted in many super hit movies like Dost, Arya, Sankranti, Annavaram, and Chandamama.

In 2005, He made his debut in Tamil Film Industry with the ‘Englishkaran’ movie. He acted in more than 25 films in Telugu and Tamil languages.

On March 1st 2009, he got married to Madhumitha (Englishkaran Actress) at Kalinga Function Place, Hyderabad. In 2017, He also participated in the reality show Bigg Boss Telugu Season 1 and won the show.