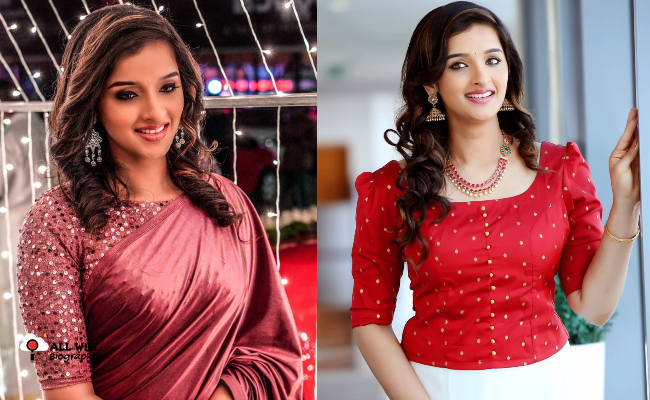 Sowmya Menon is an Indian film actress, dancer, and model, who mainly works in the Malayalam and Telugu Languages. She was born on Monday, 6th August 1990 in Thrissur, Kerala, India.

After her schooling, She did her B. Com degree from Christ College, Thrissur, and also studied M. Com from the same college.

In 2018, She started her acting career in Malayalam Film Industry with the ‘Kinavalli‘ movie. She then acted in various films like Fancy Dress, Children’s Park, Margamkali, and Neeyum Njanum.