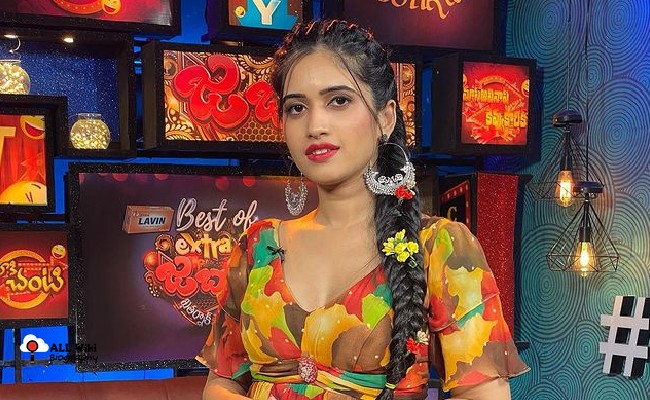 Sravanthi Chokarapu is an Indian Film Actress, Anchor, and Model, who mainly works in the Telugu Industry. She was born and bought up in Kadiri, Anantapur, Andhra Pradesh, India.

In 2009, After her studies, She started her career in modeling. She then turned Anchor and worked for in Yoyo Tv channel. Currently, she was working in the Filmy Focus and Best of Extra Jabardasth.

Recently, Sravanthi participated in the Sridevi Drama company show and in a few episodes of Jabardasth. From then, she gained fame and much-needed recognition.

She got married to Prashanth and both are diehard fans of Actor turned Politician Pawan Kalyan. They also named Pawan Kalyan’s son name Akhira Nandan to their son.

In 2022, She participated in the median season of the Bigg Boss Telugu digital series, Bigg Boss Non-Stop.