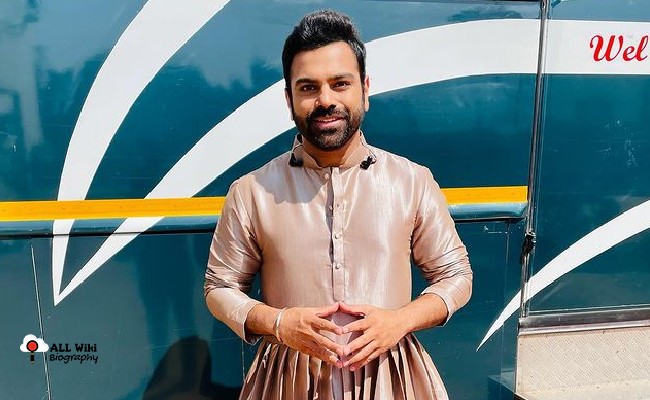 Sreerama Chandra Mynampati is a Professional Singer and Indian Idol 5 winner. On January 19, 1986, he was born in Addanki, Prakasam District, Andhra Pradesh, India.

He did his schooling at St. Andrews School in Bowenpally, Secunderabad and later, finished his graduation from the Royal Institute of Technology and Science in Damergidda, Hyderabad.

Since school days, he started signing and during her college days, he joined Sri Bhakta Ramadasa Musci College in Marredpally, Secunderabad and completed a five-year course in Carnatic vocal.

He then started participating in various singing competitions. In 2006, he participated in ETV’s Sye singer competition and ended as a finalist. During this competition, music director Mickey J Meyer spotted Sreerama’s talent and gave him a chance to sing ‘Chirugalithone Adiga’song in the ‘Notebook’ movie.

Later, in 2008, he got his first break with the ‘Nammalo Ledo Tidathara Kodathara’ song from the ‘Astha Chamma’ movie. Two years later, He participated in the ‘Indian Idol’ season 5 and won the title in 2010, which led him to enter Bollywood.

He has sung more than 80 songs in several languages including Telugu, Tamil, Hindi, Kannada and Marathi. In 2014, He made his debut as a leading actor in Telugu Film Industry with the ‘Prema Geema Jantha Nai’ movie.

In 2021, He participated in the biggest reality show ‘Bigg Boss Telugu 5’, hosted by Nagarjuna Akkineni and ended as the Second Runner-Up. Click here to see the complete list of Bigg Boss Telugu 5 contestants.