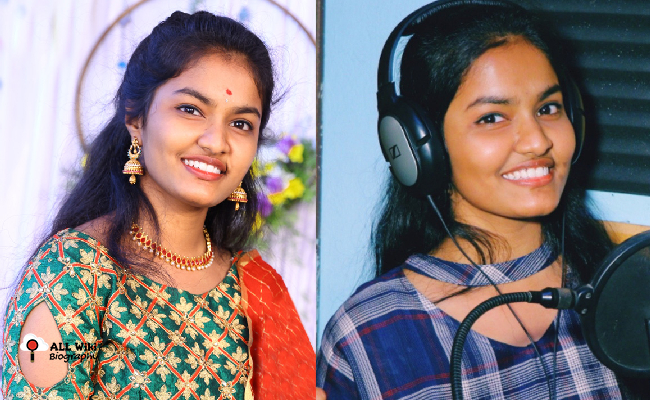 Srinidhi Narella is a folk singer and playback singer in the Telugu Film Industry. She was born and bought up in Karimnagar, Telangana, India.

Srinidhi did her schooling at Vani Niketan High School in Karimnagar. Since her childhood, She used to sing songs and participated in various events.

In 2018, Srinidhi participated in the auditions of ‘Bol Baby Bol’ and received a green badge but unfortunately, she didn’t participate in that show due to unknown reasons.