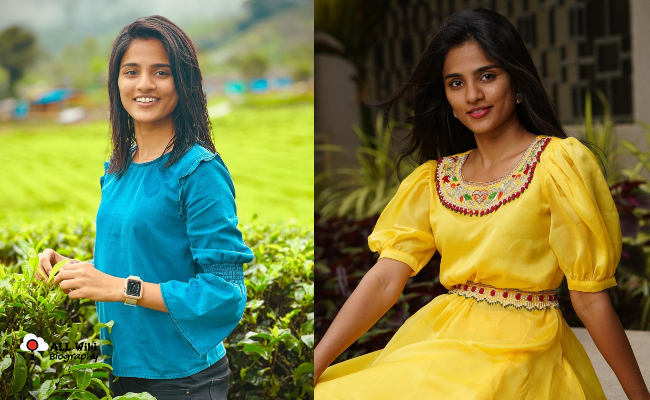 Sripriya Iduri (Nani Fan Girl) is an Actress, Youtuber, and Singer, who mainly works in the Telugu language. She was born and bought up in Vijayawada, Andhra Pradesh, India.

Sripriya did her schooling at Little Buds High School in Vijayawada. Later, She did her BBM at Gandikota Business School in Hyderabad and then did his post-graduation course at the Siva Sivani Institute of Technology in Hyderabad.

After her studies, In 2015, Sripriya joined Amazon and worked at various levels (Associate, Senior Associate, and Process Lead) since then. Along with those, She used to sing cover songs on Instagram and youtube. Later, She also worked in Radio city for some time.

In 2020, Sripriya started her acting career with a web series ‘The Software Devloveper’. She then acted in various Short films and Web series like Female Flatmate, How I Met Paaru, Dream Girl, Love Cheyyala, etc.