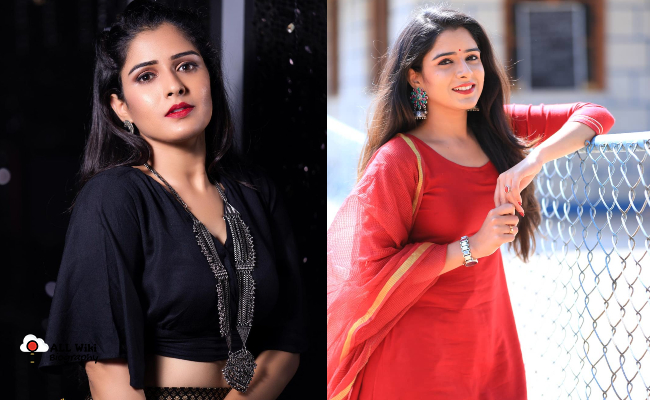 Supritha Sathyanarayan is a south Indian Serial Actress, who mainly works in the Telugu and Kannada languages. She was born on Friday, 1st January 1993 in Mysore, Karnataka, India.

Supritha did her schooling at Ideal Jawa Rotary School, Mysore, and then did her B. Tech at Vidyavardhaka College of Engineering, Mysore. After her studies, She worked as an Associate Validation Engineer at UST Global.

In 2018, Supritha started her acting career in Kannada Television Industry with the ‘Seetha Vallabha’ serial on Colours Kannada. She next acted in the ‘Sarasu’ serial on Star Suvarna.

In 2019, Supritha made her debut in the Telugu Television Industry with the ‘Savithramma Gari Abbayi’ serial. She acted in a few serials like Manthira Punnagai (Tamil Debut), Ontari Gulabi (Telugu), etc.