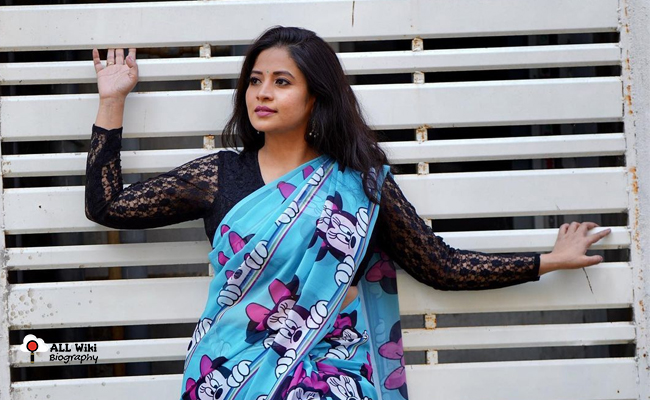 Sushma kiron is an Indian Televison actress and Youtuber, who manily works in Telugu Televison industry. she was born on Friday, march, 3rd, 1989, to Subramanyam and his wife Susila.

She was born and brought up in Vizag, Andra Pradesh, India. She graduated in B. COM in computer science in Vizag. during her schooling days, she is a national level Swimmer and Cyclist.

In 2007, she attended a workshop in acting, where she got an opportunity to do anchoring in TV 5, she then moved to Hyderabad from Vizag. She used to give movie updates through the “Movie Masti” Program on TV5.

She then participated in Kingfisher Superstar(an audition contest) sponsored by Star Maa. Dil Raju impressed with her performances and given the chance to act in the “Kotha Bangaru Lokam” movie. She later acted in a couple of films like Gola (not released) and Evaraina Epudaina.