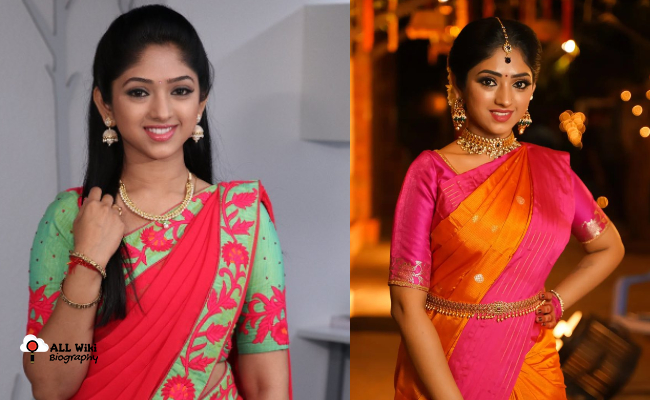 Swathi Sharma is an Indian Film and Serial Actress, who works in Kannada and Tamil languages. She was born on Saturday, 13th May 1995 in Chennai, Tamil Nadu, India.

In 2019, She made her debut in Kannada Film Industry with the ‘Fortuner‘ movie. She then acted in a few movies like Drona, Ondu Ghanteya Kathe, etc.

In 2021, She then made her debut in Tamil Television Industry with the ‘Ninaithale Inikkum‘ serial.