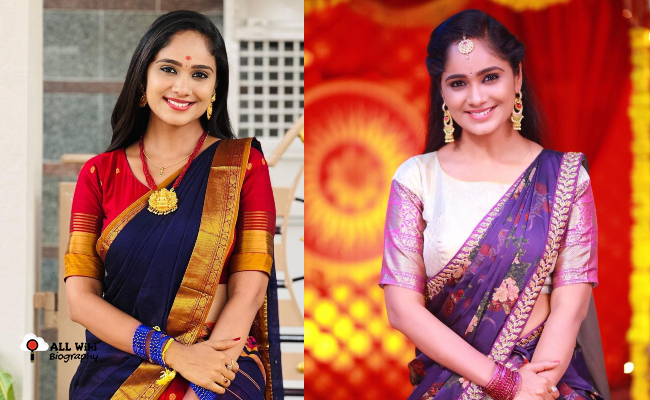 Tejaswini Gowda is an Indian Television Actress, who mainly works in Telugu and Kannada Languages. She was born on Wednesday, 22nd November 1995, in Bengaluru, Karnataka, India.

Tejaswini did her schooling at the Max Muller High School, Bengaluru, and then finished her B. Tech from Raja Rajeswari Engineering College, Bengaluru.

During her last college days, She started her career in Modeling and started giving auditions for movies & serials. In 2016, Tejaswini started her acting career in Telugu Television Industry with the ‘Koilamma‘ serial, where she played the role of Kokila (Chinni).

In 2022, Tejaswini got engaged to Amardeep Chowdary (Actor) in Bangalore and going to tie the knot in December.