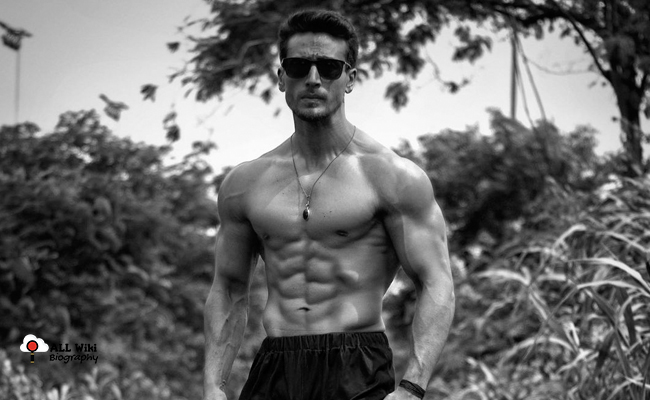 Tiger Shroff is an Indian Film Actor, who mainly works in Bollywood Film Industry. Jai Hemant Shroff is known as Tiger Shroff was born on 2 March 1990, to popular Bollywood actor Jackie Shroff and his wife Ayesha.

He has a younger sister named Krishna Shroff. In 1994, at the age of 4, Tiger began to take Martial Arts training. Tiger did his schooling at Besant Montessori School, Juhu, Mumbai, and American School of Bombay, Mumbai.

He then went on to Amity University, Noida to pursue his further education but couldn’t complete it. He admired Hrithik Roshan and wanted to become a successful actor like him.

In 2014, Tiger made his acting debut with “Heropanti” movie, the film did very well at the box office and his performance was also praised by the viewers.

In 2016, with the “Baaghi” movie, Tiger scored his biggest hit at the box-office and grossed ₹ 1 billion worldwide. In the same year, Tiger acted in Remo D’Souza’s superhero film ‘A Flying Jatt’, alongside Jacqueline Fernandez.