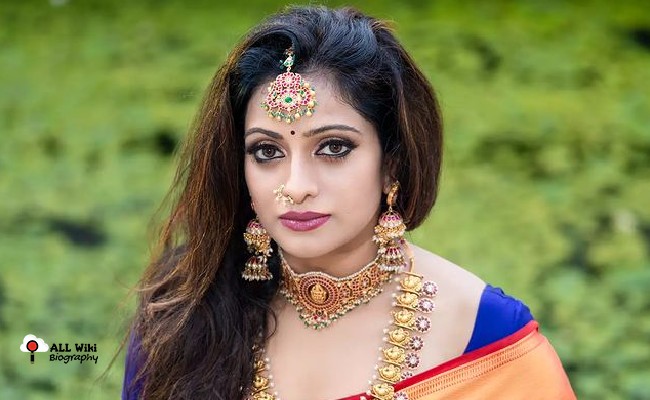 Udaya Bhanu is an Indian Film Actress and Anchor, who mainly works in Telugu Industry. She was born on Saturday, August 5, 1978, in Sultanabad, Karimnagar, Telangana, India.

Her father S. K. Patel is a Doctor and her mother Aruna is an Ayurvedic Doctor. She has a younger brother Lenin, who is a Software Engineer.

She then turned as Host and Hosted various shows in all leading Entertainment Channels in Telugu. In 2017, She won the Golden Lady of TV award in Zee Telugu Apsara Awards 2017.

In 2004, She got married to Vijay Kumar (Bussinesman) and On August 28, 2016, The couple was blessed with Two baby daughters, Bhumi Aradhya and Yuvi Nakshatra.