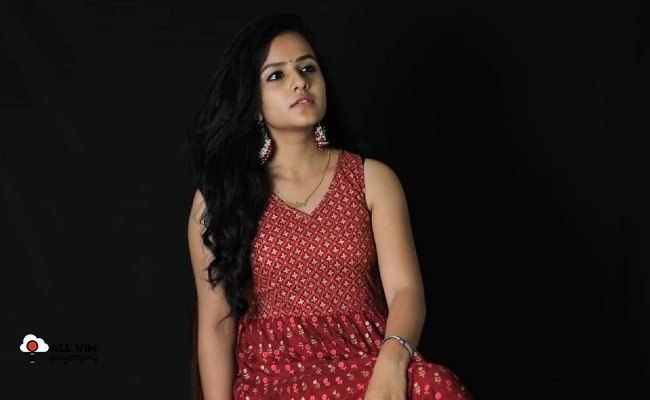 Vaishnavi Chaitanya is an Indian Film Actress, who mainly works in the Telugu Television industry. She was born on Tuesday, 4 January 1994 in Vijayawada, Andhra Pradesh, India.

Vaishnavi has a younger brother named Nitish. Vaishnavi started her career by making lip-sync videos in the Dubsmash app. With those videos, she got fame and popularity across the Telugu states.

In 2017, Vaishnavi started her acting career with an Independent Film named “Kshanam Oka Yugame”. Later that year, Vaishnavi made her acting debut in Telugu Film Industry with the “Touch Chesi Chudu” movie.

In 2018, Infinitum Media (a production company) approached Vaishnavi to work for them. She then acted in a few short films and cover songs in Infinitum Media Production.

In 2019, she started her own YouTube channel with the support of Infinitum Media. On 13 November 2019, she uploaded her first YouTube video, which is a cover song ‘Samajavaragamana’ from Ala Vaikunthapurramuloo. Interestingly, Vaishnavi also acted in this movie, where she played the role of Sailaja (Allu Arjun‘s sister role).

In between, she also acted in a few Telugu short films like ‘The software devLOVEper’ (2020) and Missamma (2021). Vaishnavi next acted in the ‘Varudu Kaavalenu’ movie. In 2022, Vaishnavi is all set to made her debut as a lead actress with the ‘Baby’ movie, which is being directed by Sai Rajesh Neelam.