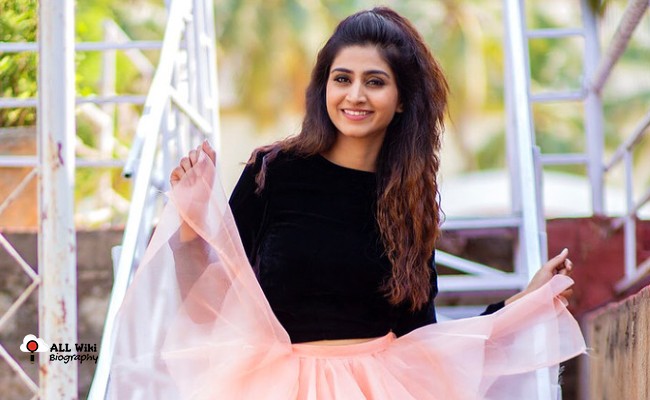 Varshini Sounderajan is an Indian Actress and Anchor, who mainly works in Telugu Industry. She was born on Wednesday, April 6, 1994, in Hyderabad, Telangana, India.

In 2010, Varshini started her career by playing a cameo appearance in the “Shambo Shiva Shambo” Film. In 2014, Varshini next acted in the Telugu-language anthology film “Chandamama Kathalu directed by Praveen Sattaru, where she played the role of Renu, a daughter of a noted politician. The film won National Film Award for Best Feature Film in Telugu and she received huge appreciation.

On 10 May 2017, She got engaged to her boyfriend Arun Pawar at a private ceremony in Hyderabad, She fell in love with Arun Pawar during the making of the “Best Actors” film. In the same year, She listed in the list of Hyderabad Times Most Desirable Woman on Television.