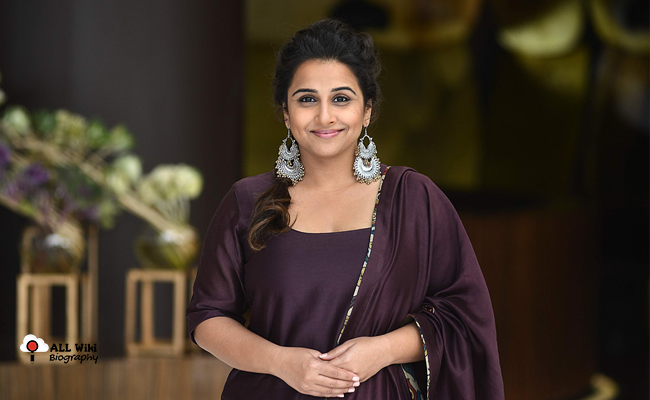 Vidya Balan is a popular Indian film actress, who mainly works in Hindi Film Industry. She was born on Monday, January 1, 1979, in Poothamkurussy, Puthur, Palakkad, Kerala to P. R. Balan and his wife Saraswathy Balan.

She has an elder sister, named Priya Balan. She did her schooling at St. Anthony Girls’ High School and then joined completed her bachelor’s degree in sociology at St. Xavier’s College. Later, she studied for her master’s degree from the University of Mumbai.

In 2003, Vidya made her acting debut by playing the lead role in the “Bhalo theko” movie in Bengali Cinema. In 2005, Vidhya made her debut in Bollywood with the “Parineeta” movie, where she played the role of “Lalita”, the dignified daughter of the family’s tenant.