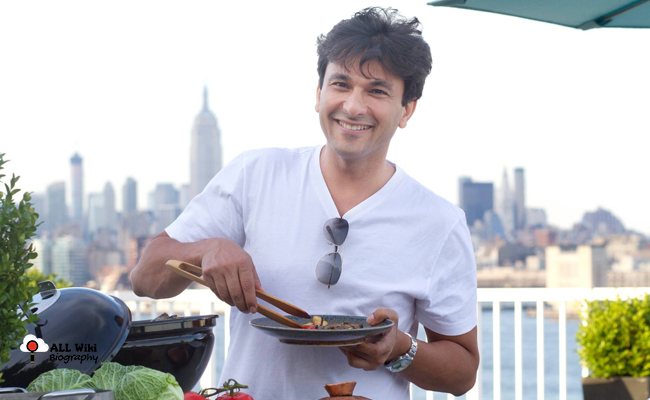 Vikas Khanna is a very famous cook star and also a master chef and filmmaker. He was born in Amritsar, Punjab, India on 17 November 1971 to Davinder and his wife Bindu.

He started his cooking career when he was just 17 years old. His grandmother is also a very good cook and he was very inspired by his grandmother. He is also a cooking writer.

At the age of 17, Vikas established a small Banquet hall named Lawrence Gardens, where he served both as an organizer and a caterer for small kitty parties and family functions.

After spending a few years as a chef in India, Vikas immigrated to the USA to pursue further courses in Hospitality. For this purpose, he attended Cornell University & New York University.

In 2006, Vikas was featured in Gordon Ramsay’s famous American Television series named Kitchen Nightmares. On 2nd December 2009, he started a restaurant by the name of Junoon in the Flatiron District of Manhattan.