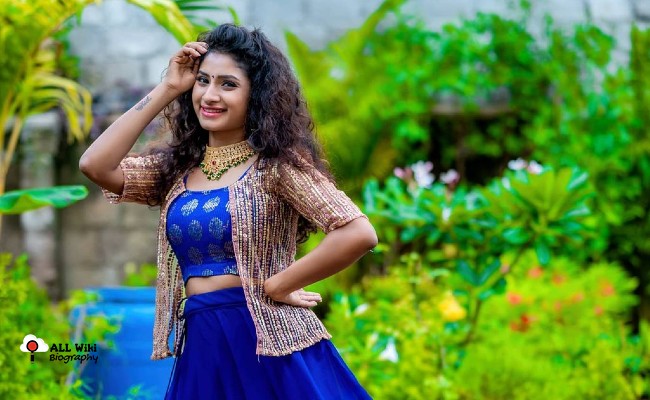 Vishnu Priya is an Indian Television Actress, who mainly works in the Telugu Television industry. She was born on Monday, August 19, 1993, in Hanuman Junction, West Godavari, Andhra Pradesh, India.

Priya then made her debut in Telugu Television Industry with the ‘Abhishekam’ serial. She then acted in various serials like Kumkuma Puvvu, Iddarammailu, Nuvve Kavali. Currently, she was acting ‘Trinayani’ serial.

Priya also acted in a few Tamil serials like Niram Maaratha Pookkal. In 2017, she got married to Siddharth Varma on February 11, 2017. While acting in the ‘Abhishekam’ serial, both fell in love and the couple was blessed with a baby boy, Ayaansh Varma.