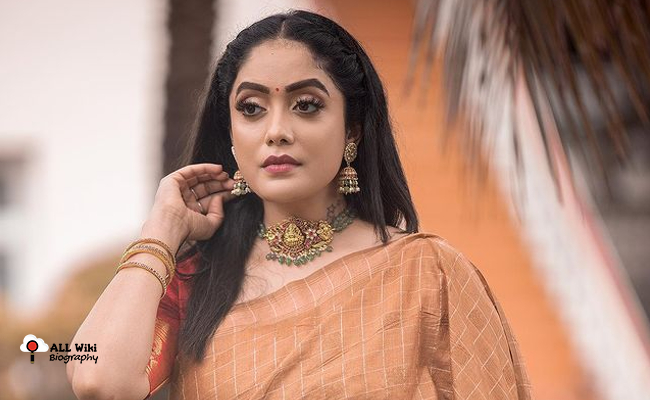 Abhirami Venkatachalam is an Indian Actress, Model, and Dancer, who mainly works in Telugu and Tamil Languages. She was born on Saturday, 9 March 1991 in Chennai, Tamil Nadu, India.

She did her schooling at Sri Sankara Senior Secondary School, Chennai, and then finished her graduation from Rukmini Devi College of Fine Arts, Chennai. After her studies, she started her career in Modelling and won the Miss Tamil Nadu title.

She next won the ‘Miss South India’ title in 2017. In 2016, She started her acting career with a web series ‘Ctrl Alt Del’. In the same year, she participated in the dance reality show ‘Dance Jodi Dance’.

She then Hosted a celebrity couple’s reality show ‘Star Wars’ on Sun TV. In 2018, She started her acting career in the Tamil Film Industry with the ‘NOTA’ movie.

She then appeared in a couple of films like Kalavu and Nerkonda Paarvai. In 2019, She participated in the popular reality show ‘Bigg Boss Tamil Season 3’ and was evicted on Day 56.