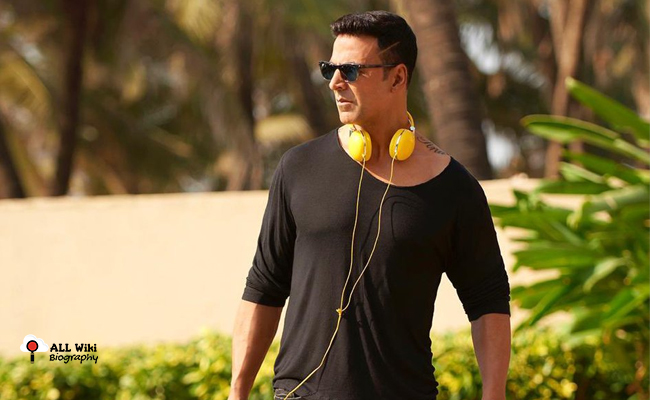 Akshay Kumar aka Rajiv Hari Om Bhatia is an Indian film actor, producer, and Television Host, who mainly works in Hindi Film Industry. He was born on Tuesday, Saturday, September 9, 1967, in Amritsar, Punjab, India to Hari Om Bhatia and his wife Aruna Bhatia.

Akshay has a sister named Alka Bhatia. Akshay did his schooling at Don Bosco High School, Matunga. He then Joined Guru Nanak Khalsa College, but due to his acting career, he dropped out.

He then went to Bangkok to learn martial arts and also learned Thai Boxing. After five years, he returned to India and worked in a travel agency. He then started his career in Modeling and he also worked for 18 months as an assistant for photographer Jayesh Sheth without taking payment to shoot his first portfolio.

In 1994, with the “Yeh Dillagi” movie, he scored his first biggest blockbuster. In the same year, Akshay acted in Few super hit movies like ‘Jai Kishen’, ‘Mohra’, ‘Main Khiladi Tu Anari’, ‘Elaan’, ‘Suhaag’. With the box office success of these films, he established himself as one of the most successful actors of the year.