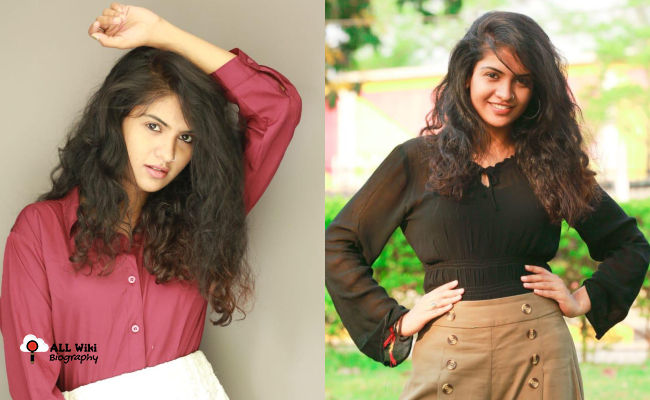 Alankritha Shah is an Actress, and Model, who mainly works in the Telugu language. She was born and bought up in Hyderabad, Telangana, India.

Alankritha did her graduation with a bachelor’s in Design at the School of Fashion Technology in Pune. During her college days, She started her career in modeling and then walked the Ramps, and did modeling shoots, Bridal Shoots, and Jewelry shoots.

After her studies, To try her luck in movies, Alankritha joined Annapurna College of Film and Media in Hyderabad. In 2021, Alankritha started her acting career with a short film ‘Divorce Story’.

Alankritha next made her debut in Telugu Television Industry with the ‘Kumkuma Puvvu’ serial. Alankritha then acted in Shanmukh Jaswanth‘s ‘Agent Anand Santosh‘ web series on Aha.

Later, Alankritha made her debut in Telugu Film Industry with the ‘Lovers Love Stori’ movie. She then acted in various movies like Alipiriki Allantha Dooramlo, etc.